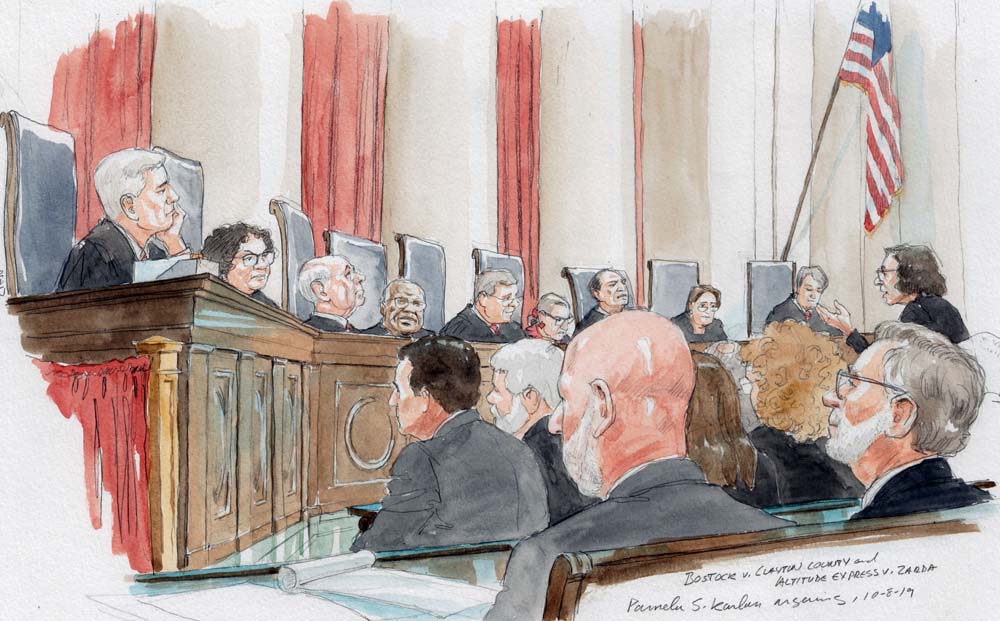 On October 8, the Supreme Court of the United States heard oral arguments on two cases that address whether or not Title VII applies to discrimination on the basis of sexual orientation and gender identity.

Title VII of the Civil Rights Act of 1964 states:

“It shall be an unlawful employment practice for an employer to fail or refuse to hire or to discharge any individual, or otherwise to discriminate against any individual with respect to his compensation, terms, conditions, or privileges of employment, because of such individual’s race, color, religion, sex, or national origin.”Strict textualists argue that sex refers to male vs. female sex only, and thus the law does not apply to sexual orientation and gender identity. There are many pathways by which this affects health outcomes, particularly the health and well-being of sexual orientation and gender identity minorities (SGM). With respect to health care, how do civil rights protections for SGM communities square with Department of Health and Human Services rules that protect healthcare entities and providers on the basis of conscience and religious liberty?In our paper published in JAMA Network Open today, we describe primary care provider experiences of bias, harassment, and discrimination in a deeply underserved region of California.  SGM providers described severe actions taken against them by colleagues, staff, and healthcare administrators, including threats to licensure, denial of hospital privileges, and loss of insurance contracts. As a result, SGM providers have left the region, or remain highly guarded on their status.This is a limited exploratory study- we cannot make any claims as to how widespread these actions are, whether in California or other parts of the country.  We note that this raises several critical policy questions that affect healthcare workforce, physician supply, and ultimately, efforts to address healthcare inequities for SGM communities: